This week we managed to find time to get a couple of the 2015 wines into bottle. This is much earlier than we would normally be bottling, but the warm vintage conditions last year has given wines that tend to be developing at a rate much faster than normal. So with an eye to catching and retaining the freshness in these wines, we decided to pull them out of barrel much earlier, though i would say still at a stage of development similar to previous years. First up was the rose, just two barrels made, about 70% going into magnum (love those mags!!). This is a funky and unique rose along the lines of the 2013 vintage. Five days of skin contact then drained to old red barrels for fermentation, spontaneous fermentation and spontaneous malolactic, six months in barrel then racked to inox for one and a half months, bottled without filtration. 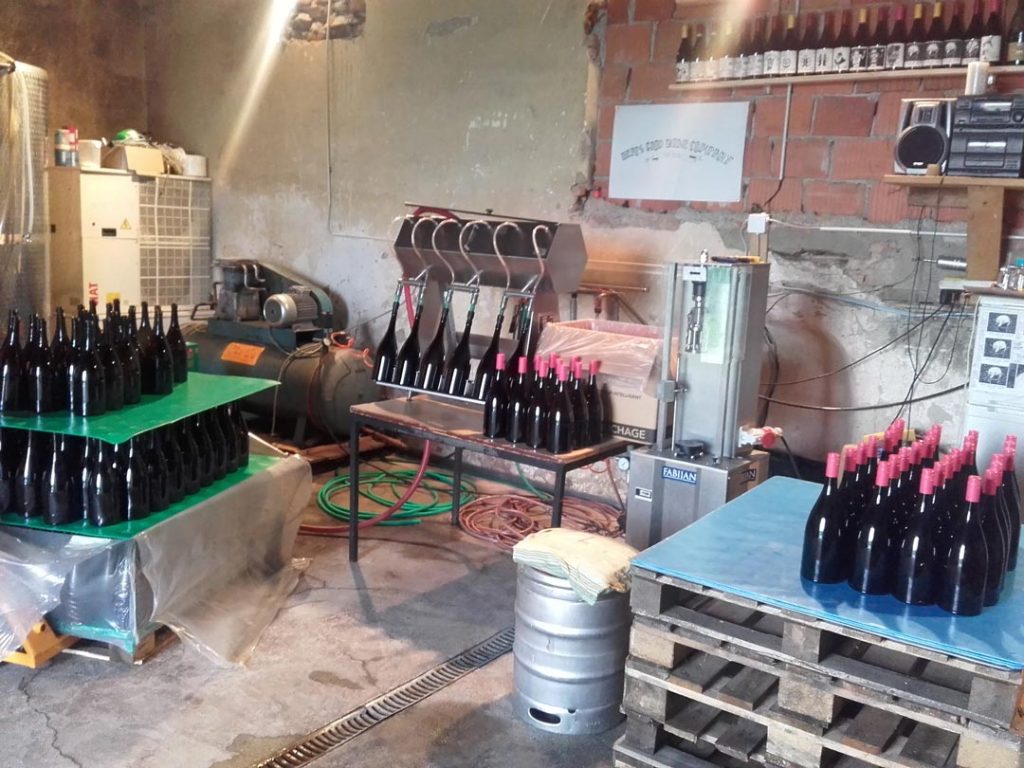 Bottling magnums of rose, a one man job

The other wine, was the 2015 Sivi Pinot, this wine is sourced from three tiny vineyards, two in Oplotnica and one in Ritoznoj. Classic Heaps Good Sivi, this will be a crowd pleaser. Whole bunch pressed directly to older french oak, natural fermentation, sulphured in spring to inhibit the malolacitc. Racked out of barrel after seven months and bottled two weeks later.

Given the very hands off nature of our winemaking, the process of racking from barrel and bottling is a real shock to the wines, they simply are not used to being pumped around. As a result the wines take quite some time in bottle to recover, so unfortunately for all of you we are still not likely to see either of these two on the market until the end of the year at the earliest.