Just remembered that I have a blog….

Sooooo, you could say that I have been neglecting this blog a little bit, I guess we should try and catch up a bit since the last post in spring. 2017.

Well, the season 2017 was tracking superbly, that is until July 7 when a huge hailstorm hit Ritoznoj, huge in terms of the time it lasted and the damage it did. Though the hail itself was rather small, the destruction was immense. 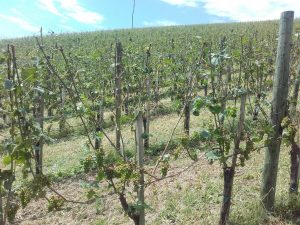 We tried our best to save what we could, spending two weeks meticulously going through the vineyard and removing the damaged berries from the bunches. The result was that we managed to salvage around 20% of a normal harvest. Thankfully our vineyards in Oplotnica remained in great health, so all was not lost.

The wines from 2017 are currently resting in barrel, though soon we will be racking them in preparation for bottling, it was a challenging year but I am still quite happy with the overall quality of the wines, with the exception of the Modra Frankinja which we will probably not bottle, but given we have only one barrel it is not the end of the world.

That brings us round to 2018, another crazy year, the new normal is that there is no normal, I guess. The vines burst very early in spring, and the weather through the season was one of two things, hot or wet. This meant a lot of disease pressure on the vineyards, particularly from peronospora(downy mildew), it seemed like a never ending battle, in the end we survived ok, and the vineyards were in reasonable health heading into the harvest.

Harvest 2018 started on the 29th of August, stupidly early, we already have the Pinot noir from Oplotnica and the Zweigelt from Ritoznoj in the cellar, in general it is looking good, and it’s an exciting time of year to start seeing some results from the season’s worth of work. Anyway, we need to get back to it… 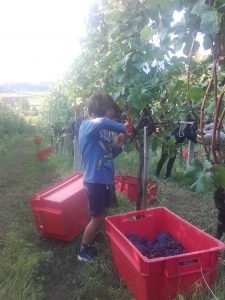