A normal year? Well not quite but after a series of extreme vintages, 2016 almost feels like a normal year. Somehow we managed to avoid all the crazy around us. We got such a small amount of damage from frost and hail that it seems selfish to even mention it when some nearby colleagues suffered such catastrophic losses. 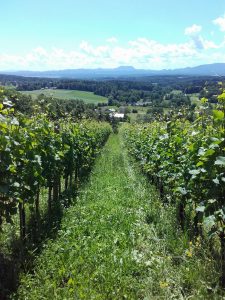 So, in the end the weather was kind to us, and the vintage ran smoothly. We expanded into a second cellar, where a good chunk of the whites were made this year. Whites have strong acidity, with good ripeness levels. At this early stage, Sivi pinot is looking similar to the 2011, with a tad more definition given the higher acidity. 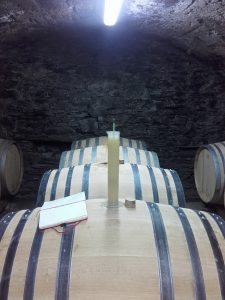 Chardonnays are funky, austere, and tightly wound, that is, the barrels that are finished ferment, there are still 4 or 5 barrels that have gone into hibernation mid fermentation, given the low cellar temperature, they won’t start ticking along again until spring next year. 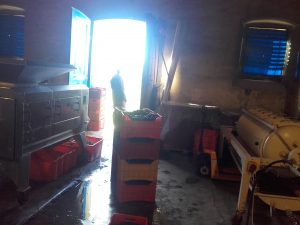 Pinot noir was again early, with potential alcohol at picking between 12 and 12,5%. Great flavour, and reasonable acidity levels, make things much easier in the cellar. All the pinot noir ferments saw at least 10% and up to 25% whole bunch. Maceration times were between 18 and 21 days. 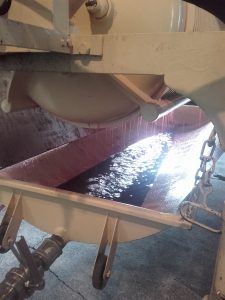 Blaufrankish was a bit later, as the weather cooled off at the end of september, start of october. When we did finally pick, the grapes came in at 6 degrees celsius, which normally would be fantastic, but given the weather and thus the cellar stayed cold, it took 14 days for them to warm up sufficiently that they could start fermenting. All the reds are now safely tucked away in barrel, awaiting the warmer temperatures of spring to start MLF.

Overall 2016 looks like being a good year for us, how good exactly we will have to wait and see as the wines develop.