After an early and stellar start to the season, last week came as a shock to the system, both mine and the vines, as plummeting temperatures descended on Slovenia and much of Europe. Tuesday morning saw the worst of it with frost affecting some of our vines lower on the slopes. Modra Frankinja escaped almost unscathed, loss in Chardonnay is less than 5%, Modri Pinot is a bit under 10%, with Zweigelt the worst effected at around 20%. 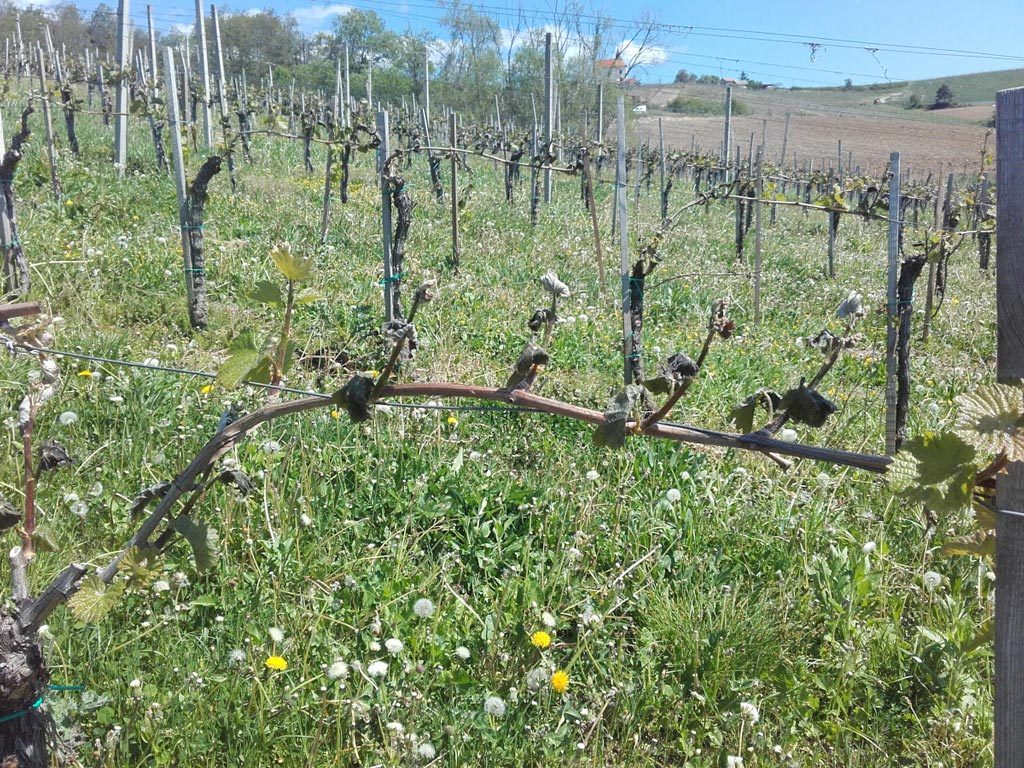 Zweigelt low down on the hill was hardest hit

Wednesday morning there was no threat of frost, though it was a cold day with heavy afternoon and evening snowfall. The snow covering the vines acted as a protection against any further frost damage on Thursday morning, despite temperatures briefly dropping just below zero. 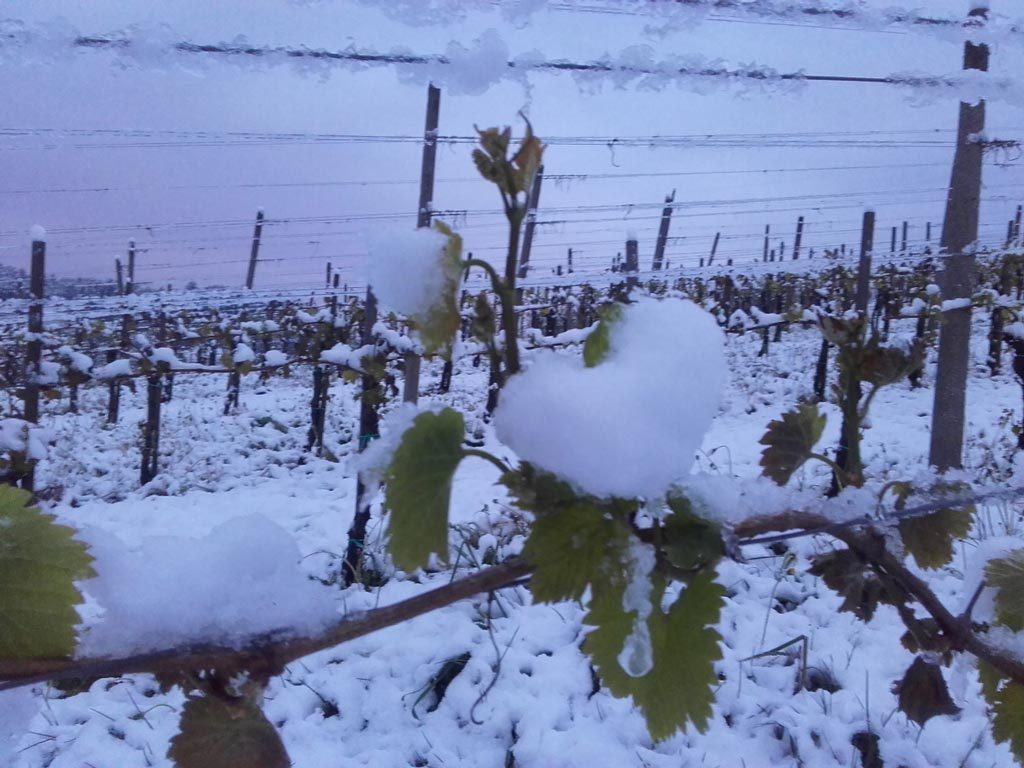 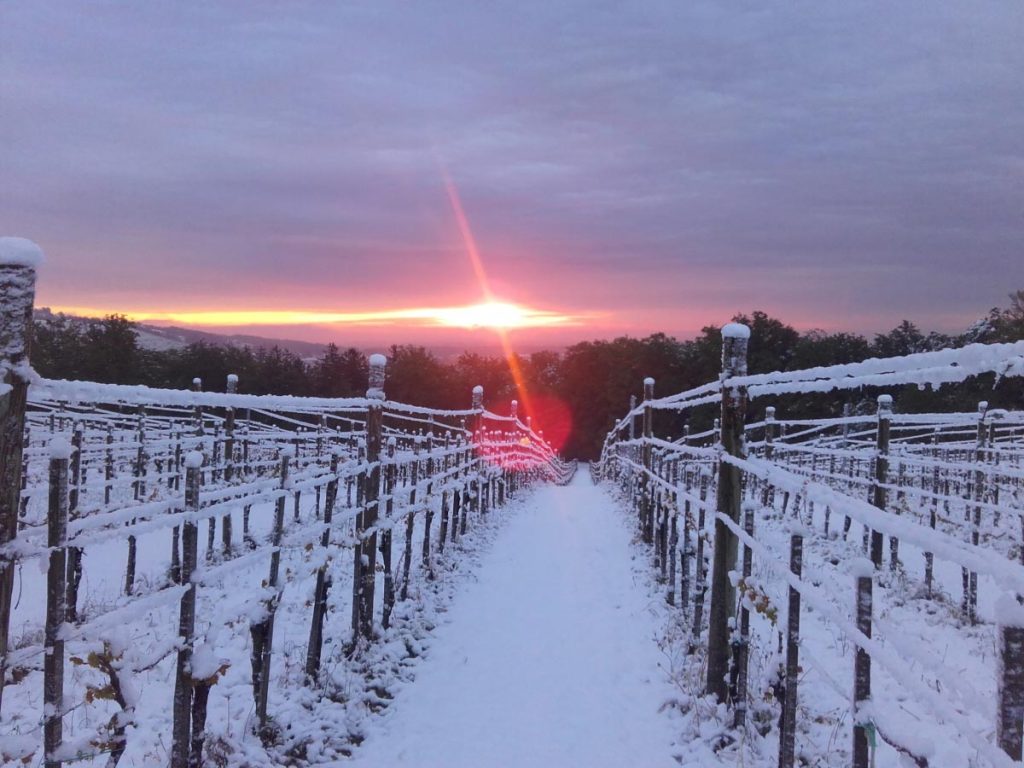 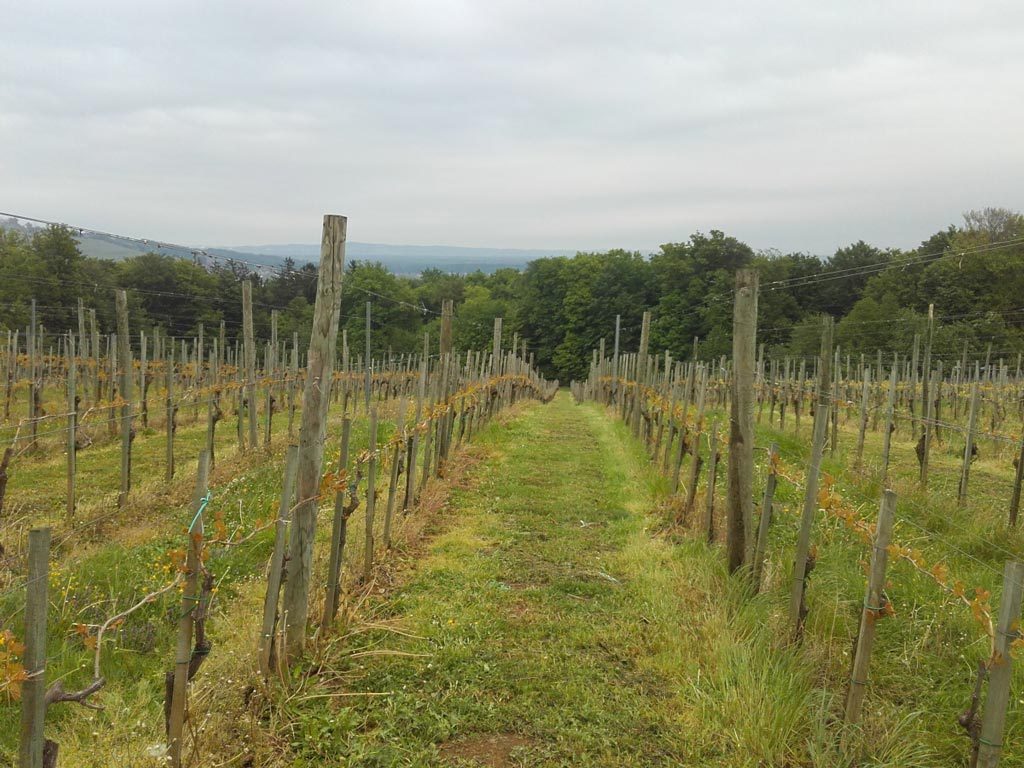 The snow was gone by mid afternoon, there was risk of more frost on Friday morning with temperatures forecast to be as low as -3 degrees celsius. Fortunately the cloud cover hung around and we escaped unscathed.

Thankfully it looks like it is all over now. Spring frost, who knew? After eight years in Slovenia this is the first time I have experienced spring temperatures anywhere near causing damage to vines, in fact I have been told it is 20 years since such cold temperatures this late in April. I am glad we got away with such a small amount of damage given that many others in Stajerska have lost much more. Sometimes mother nature just isn’t on the same page as us….